Flying Binoculars for troops on the move

Remote vision on the move

Owl 4TM is excellent for troops on patrol who need to see what is happening beyond line-of-sight whilst maintaining operational tempo. Its light-weight nature is perfect when seeking to reduce the physical burden on today’s soldier.

Despite the system’s light weight, it is a robust and notably stable platform when in the air. Owl 4TM has been designed to meet Air Space Regulator’s stipulated vehicle weight allowance. Yet it can still achieve maximum camera stability in typical wind conditions. Key technologies developed over several years deliver a wider operational envelope and more stable video. Mechanically simple design means there is less to go wrong. 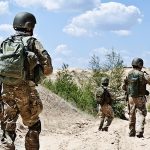 Operations are often undertaken at dawn, dusk and at night. The Owl 4TM camera has high sensitivity for low-light conditions. At the other extreme, it has excellent video quality when pointing towards the sun. A computer-controlled gimbal corrects for vehicle movement resulting in extremely steady video from Owl 4TM. 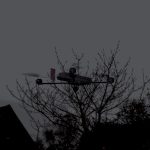 Owl 4TM has been designed to maintain operational tempo. This is crucial for troops on operations. It is simple to launch, control and recover thanks to an easy to use ground control station and on-board autopilot. Simple target destinations can be set for the Owl 4TM. Once in position, intuitive controls can modify and control the viewing angle and position of the vehicle. A ‘return to base’ feature means that the Owl 4TM is able to return even if the soldier has moved position.

Owl 4TM can be used in other scenarios. These include offering first responders an option to scout ahead, monitor terrain and identify where support is needed. It can also provide emergency services with a remote vision system – allowing them to assess a situation and determine a safe course of action. 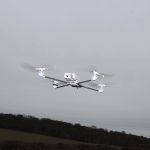 The Owl 4TM system has many features that make it appropriate for the military sub-250g UAS market:

Swarm Systems designs and builds ‘Sub-250g’ military UAS for reconnaissance and remote viewing. Working directly with users, Swarm Systems has developed Owl 4TM. It is particularly suited to supporting troops on the move who need real time information about the surrounding area. With Owl 4TM, a user can remotely monitor an area of interest from the air, out of sight and out of danger.

Swarm Systems has established a global supply chain. Subcontract manufacturing is carried out in the UK. Accreditation has been gained to ISO9001:2008.

Formed in 2007, Swarm Systems is led by Stephen Crampton an entrepreneur with a track-record of pioneering new product-markets and building successful start-ups.

Stephen is a serial technology entrepreneur (Engineer, Imperial College London and MBA, INSEAD, France). He has built and sold technology companies in the private sector. One of his teams was the first UK team to win the EU Technology Grand Prize of 200,000 Euro in 1996. Stephen has numerous patents granted in the UK, EU, USA and Japan.

Swarm Systems is 10 years old and has approaching 50 person-years of research and product development experience in the field of small Air Vehicle systems.

The Owl 4TM is Swarm Systems’ 4th generation of Owl UAS, but Owl 4TM will be the first UAS launched as a product. Owl 1 was flown as a swarm at the MOD Grand Challenge in 2008. Owl 2 was a step down in size and Owl 3 has been used in many project demonstrations and trials since 2014. The first order for Owl 4TM has already been received, with delivery scheduled in 2017.

Armed forces around the world are estimated to own ~1.2 conventional hand-held binoculars per soldier. For police, fire and home defence services, the ratio is lower at ~0.75. Flying Binoculars offer a step change in capability over hand-held.

Flying Binoculars have been purchased by tens of nations. They have been deployed in several combat zones. Feedback from Defence Acquisition Organisations worldwide shows deployment planning at squad-level which is estimated to exceed 0.1 Flying Binoculars per soldier. With forthcoming leaps in technology, Flying Binoculars will have more utility than hand-held binoculars and then penetration rates will surpass 1.0.

The West’s involvement in foreign conflicts is reducing. When intervention is sanctioned, it is typically in the form of air strikes or training. There are fewer boots on the ground.

Swarm Systems believes that in the future, swarms of Nano UAS may offer an effective alternative to boots on the ground. If swarming fulfils some of its promise, transport aircraft could release swarms of up to 8,000 Air Vehicles over a conflict zone in one drop. Each vehicle is autonomous and individually tasked but they work collaboratively to gather intelligence, project power and solve real world problems.

Recently, a book was published that speculates on some of the future capabilities for swarming: ‘Swarm Troopers’ by David Hambling, a leading technology journalist and author. www.swarm-troopers.com

Swarm Systems was founded to pioneer the market for swarms of military Air Vehicles. It received its first research contract ‘Autonomous Hovering MAV Swarm’ in 2008 and has been researching swarming ever since. Products do not exist yet, but through the choice of its company name and its strategy, it is positioning itself to be a major player in the future of swarming UAS.

The latest issue of Aviation week has reviewed the Nano UAS market and reports on Swarm Systems as follows: “The recently announced Owl 4 quadcoptor from British company Swarm Systems represents a different approach. At under 250 grams, it provides the maximum possi...
Read More >>

Swarm Systems is looking for Marketing Partners. If Owl 4TM can gain UK export permission to military organisations in your country, then we are interested in talking to you. First sales in 2018. Swarm Systems’ has UK Government export approval to sell Owl 4TM in 32 count...
Read More >>

‘Flying Binoculars’ for small teams to see ‘over the hill’, ‘round the corner’ and ‘inside the building’. Sub-250g Class Nano UAS / Soldier Borne Sensor. So small that it ‘fits in a shirt pocket’. Open for ‘plug ‘n play’ specialist payloads. Taking first orders for ...
Read More >>
Read All

Swarm Systems will need to recruit 10-20 people at all levels through to end-2018 in Commercial, Support, Fulfillment, Product Development and Research roles.

Please contact us by email (info@swarmsys.com) or drop by DSEI 2017 (Stand N3-597) if you would like an informal chat about an exciting and challenging career with a small company poised for rapid growth.

We use cookies to ensure that we give you the best experience on our website. If you continue to use this site we will assume that you are happy with it.Ok